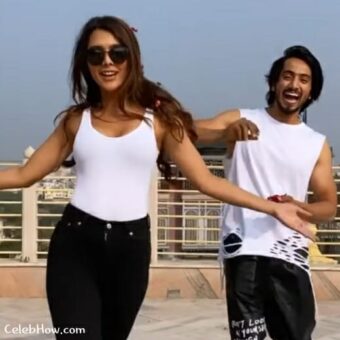 Ruhi Dilip Singh a.k.a Ruhi Singh was born in 12th October 1993, Jaipur, Rajasthan. She is an Indian Actress, model, former Miss India and an Influencer too.

She started her acting career by starring in one of the Drama film of the year 2015, Calendar Girls. Since childhood, her dream was to become a singer, and in the year 2011, she joined the modelling industry.

This year Alt Balaji and Zee 5 have started with a bang by launching Mr faisu and Ruhi Singh of their highly Antedate action and thriller franchise Bang Baang the-sound of crimes.

On August 2020 they have launched the stunning teaser of the show which was a great hit, the makers are now launching their fun videos together on social media platforms which are also having great success, their chemistry is so stunning as they were made for the show.

The production team and the makers are looking forward to streaming the show Bang Baang web series on 25th January 2021.

Ruhi also worked on a documentary which was named as The World Before Her. In the year 2014 she became more famous when she got the most desirable women tag by The Times Of India.

After her Canadian documentary done by Ruhi, she was spotted by Madhur Bhandakar as she impressed him by her work and passion, and he immediately signed in his drama movie Calendar Girls as one of the five leading ladies

At the year 2014, her hard work pays of…when she got her real success, she was handpicked by Femina Miss India to represent India.

The first edition of Miss Universal Peace and Humanity, where the first-ever winner and from there her career got a boost.

Calendar girls lately released in the year 2015, September 25. The drama Calendar girls focus on 5 leading ladies which come from different regions of India to pose for the most prestigious annual calendar of the country.

They were selected for the calendar which was a joint effort of photographer Timmy Sen and his business friend who was a business tycoon of the Country.

According to the production team and the makers of bang baang, the trailer which gonna be released this year 5th January 2021 and web series on 25th January 2021.