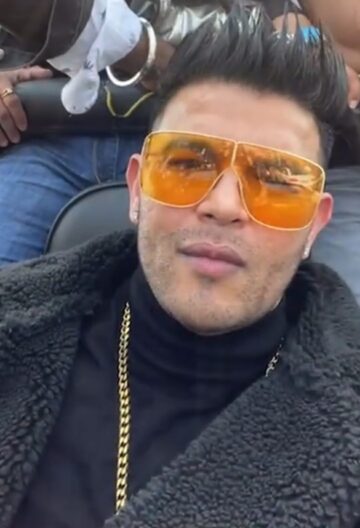 Sahil Khan was born on November 5th, 1976, is a Fitness Entrepreneur and a Bollywood actor, His mother is a Chinese and father is Muslim, born in Kolkata.

Sahil Khan married with Iranian-born Norwegian actress Negar Khan on 21 September 2003 and they divorced in July 2005.

22 years ago he came to Mumbai with a dream to represent India as a professional bodybuilder. After lots of struggle, dedication & hard work he got it and set the standard of Body Building at the top level.

The love and trust from followers and supporters he makes his signature company as, “Sahil khan Body Transformations”.

He inspires people from all walks of life towards a common goal of healthy living as a Transformation Coach.

Sahil khan aims to encourage people to be active while enjoying holidays and also It is a great attraction for tourists and residents.

In October 2016, He became Executive Director as well as Brand Ambassador of India’s No.1 Selling Food Supplement Company, “Bigmuscles Nutrition” this one is great achievement of him.

Recently he had launched an certified ISO company for Web and Internet security to Banks, Corporates and individuals.

Sahil khan also associated with the water brand “Hunk Water” which is very popular in youth.

When Sahil life took a big turn when a respected Bollywood director N. Chandra of “TEZAAB” film signed him on to play the lead role in his film “STYLE”.

He was selected amongst hundreds of other applicants for his looks and extraordinary physique, And that movie went on to become a massive success.

Then he got the chance movie with the iconic Indian actor Amitabh Bachchan where he played a prominent role, the movie is “Aladin”, that was one of the most expensive movies ever in India, He feels blessed after sharing screen space with Amitabh Bachchan and his dream come true.

In 2010 His last release movie was a Jungle thriller “Ramaa the Saviour”, with WWE Superstar, the great Khali who has been greatly appreciated because he introducing WWE Great Khali to the Indian film industry.

Sahil Khan upcoming cult movie “Style 3” recognized from his cult film “Style” and being called India’s Aesthetic path breaker, he blessed with a his fan following in India and abroad.

Sahil khan also know as Fitness Icon he got this achievement in aisa biggest fitness show at “Sheru Classic India”, which was held in Mumbai.

He was also a part of the Speaker Panel with other famous Bodybuilding Shannon Dey, Kai Greene and Roilley Winklaar.

In 2017, He has been chosen as the Judge for Fit Factor Regional at “BodyPower India”.

Also, he was invited as the Master Fitness Coach for the “Karnataka Superstars Cricket League”.

He awarded a Certificate of appreciation from “International Federation of Bodybuilding & Fitness” (IFBF), for his contribution towards promoting bodybuilding & fitness freak amongst the Indian youth.

Some Fact of Sahil Khan

Sahil khan become India’s fitness and youth icon who has many brands, gym and source of earning and he left Bollywood industry for his passion to increase bodybuilding and fitness in youth. what you guys think about Sahil khan please comment below.