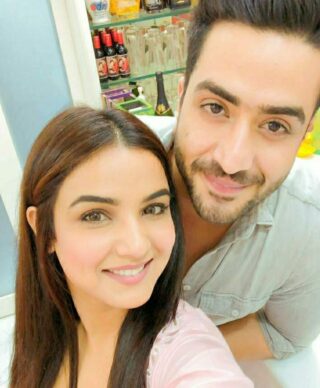 He is a well known Hindi television actor who works on star plus, colour TV, MTV and more.

In 2014 Aly was dating Natasha Stankovic and also they were invited in Nach Baliye Dance competition season 3 and she is her ex-girlfriend.

Now Aly Goni is in relationship with Jasmin Bhasin, and their bond is stronger in Bigg Boss house.

He belongs to a Muslim family his father name is Amjad Goni and his mother is ruby Goni.

He started his television career in 2012 when participated in the reality show MTV Splitsvilla 5. Then he made his acting debut the serial “Yeh hai Mohabbatein” in star plus playing Romi Bhalla role.

Also, he is known for Raj in “Kuch Toh Hai Tere Mere Darmiyaan” as a lead role in star plus and for appearing comedy reality show “Khatra Khatra Khatra” in Color’s TV.

Again he participated in new reality shows  “Khatron Ke Khiladi 9” in 2019 and “Nach Baliye 9” with ex-girlfriend Natasha Stankovic and became a finalist in both the reality shows.

He also appeared in “Fear Factor: Khatron Ke Khiladi” and now he is a contestant of “Bigg Boss 14” season with girlfriend Jasmin Bhasin.

Aly Goni and Jasmin Bhasin going to tie the knot this year. Jasmin talked that her parents are not against her relationship with Aly Goni and they are happy seeing her with a man who loves her so much.

So, Jasmin Bhasin Announce her marriage with Aly after Eviction from BiggBoss 14 house.