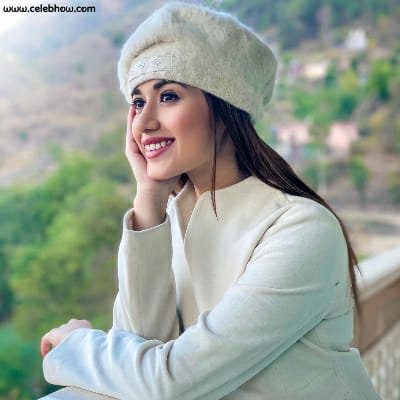 Jannat Zubair Rahmani was born on 29 August 2001 in Mumbai, Maharashtra who is a television and Indian film actress as well as a social media influencer.

She started her career in 2009 but gained popularity through Colors TV’s show Phulwa in 2011.

She has also played the role of Young Phool Kanwar in Bharat Ka Veer Putra–Maharana Pratap and Pankti Sharma in Tu Aashiqui.

She made her Bollywood debut in Hichki film in 2018 when she appeared with Rani Mukerji. Jannat played the role of Natasha in the comedy-drama film Hichki and featured the student of Rani Mukerji.

Jannat Zubair is really unsettled with regards to her own life and likes to keep her own relationship life private. And keeping in mind that it has not been affirmed, there was some rumor about Jannat dating famous TikTok star Faisal Shaikh otherwise known as Mr. Faisu after the couple went for a music video together.

This rumor was just viral after Jannat had posted a photograph with Faisal Shaikh on her Instagram. But in an interview, Jannat Zubair and Mr. Faisu’s clear that they are just friends and our fans like to make videos together.

Jannat Zubair basically lives with her family along father and mother named Zubair Ahmed Rahmani and Nazneen Rahmani also one brother Ayaan Zubair Rahmani who is also a child actor and very popular.

She did schooling from Oxford Public School in Kandivali West, Mumbai and now she pursuing graduation. We don’t know about her college name but will update soon.

Jannat Zubair living a luxurious life with family. Her sources of income are various like an Instagram advertisement, YouTube channels, music videos, tv serials, movies, and many more. According to some report, her current net worth is 08 crore and it will be raised in the coming year.

She has many awards like Best Child Actor in the Indian Telly Awards of 2011, Gold award as the Best Female Debut of the Year in 2018 on Tu Aashiqui, Best Female Child Actor in the famous Indian TV series, Phulwa in 2018, Best Youngest Actress in Mumbai Achiever Awards and she also get best social media influencer awards from IWM Buzz.

Jannat Zubair Rahmani is a famous Television and Indian film actress who has more than 28 million followers and she is the sister of child actor Ayaan Zubair. keep support and love her for his motivation and here are Some information about her, what you guys think please comments below.

If you find any wrong information related to her please let me know we will make that correct after researching.