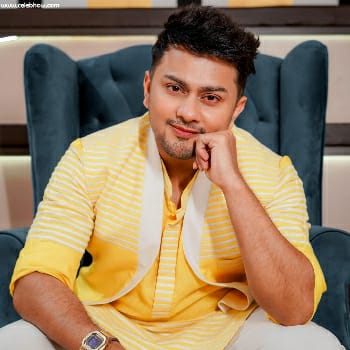 Awez Darbar is a famous Dancer, choreographer, and Content Creator who has a huge fan base on Instagram and TikTok. He became more popular through his emotional TikTok video.

He was born on 16 March 1993 in Mumbai, Maharashtra, and completed schooling from St. Stanislaus High School, Bandra, and a college degree from the University of Mumbai.

So in this post, I covered all about Awez Darbar life’s like his Biography, Wikipedia, girlfriend, family, age, net worth, songs, and many more.

Awez darbar’s girlfriend’s name is Nagma Mirajkar who also has a huge fan following on different social media platforms like YouTube, TikTok, and Instagram. She became popular through the TikTok video and they are the most lovable and cute couple on social media.

Awez darbar was born in a Muslim family his father’s name is Ismail Darbar and his mother’s name is Farzana Darbar. Awez’s father is a famous Bollywood music composer who did work in Hum Dil De Chuke Sanam and more.

He also has a sister name Anam Darbar who is also a famous TikTok star and his brother’s name is Zaid darbar who recently married the famous Bigg Boss 7 winner Gauhar Khan.

He has many sources of income like his business BYOU Dance Academy
and Atrangz with brother Ziad darbar. Apart from it YouTube channels, music videos, and brand Sponsorship. So we can’t tell his exact income, according to some reports his net worth is more than ₹2 crore.

Awez darbar started his career as a dancer and choreographer who started a dance academy BYOU located in Mumbai.
He also joined YouTube on 16 September 2014 and has two channels named Awez Darbar and BYOU IN. Both have subscribers of millions and you can visit his channel from below.
His Instagram followers are 9.6 million and he has more than 25 million TikTok followers and part of the No.filter group.

Awez Darbar is a Choreographer | Content Creator | Entertainer who has a very huge fan following on Instagram, YouTube, and TikTok for his funny and entertaining videos. So here is Some information about him, what you guys think, please comments below.